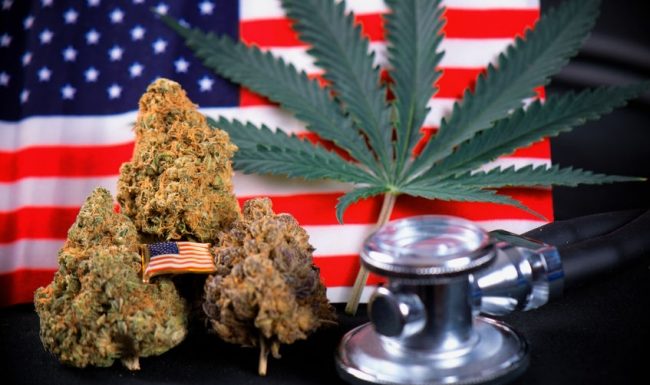 The use of cannabis as a coping mechanism is well documented, and nowhere is this phenomenon more evident than among those living with post-traumatic stress disorder (PTSD). A number of studies, including this one published in the journal of Drug and Alcohol Dependence, have shown a direct relationship between PTSD scores and cannabis use.

In years gone by, this trend was seen as problematic, but as we’ve developed a better understanding of the therapeutic potential of medical cannabis, we’re starting to see a shift in attitude toward the link between cannabis use and PTSD. Now, researchers are setting out to discover whether cannabis could be used to treat or alleviate the symptoms associated with PTSD.

PTSD is a psychiatric disorder that is typically caused by experiencing a violent, disturbing or life-threatening event, such as military combat, sexual assault, a natural disaster and so on. It can manifest in a variety of different ways, with symptoms typically falling into one of three categories:

You might be surprised to learn that Canada has the highest rate of PTSD in the world. Research published in The British Journal of Psychiatry found that 9.2 percent of Canadians have experienced PTSD at some point in their lives.

How Effective is Conventional PTSD Treatment?

Conventional pharmacology treatment of PTSD typically involves the use of serotonin reuptake inhibitors (SSRIs), which work by increasing the levels of serotonin in the brain. Serotonin is a naturally occurring chemical that plays an important role in mood regulation.

However, the efficacy of SSRIs in combating PTSD is an issue of much debate. For example, in a study by the U.S. Department of Veterans Affairs, investigators determined that Sertraline (a widely used SSRI) was no more effective than a placebo.

With this in mind, it’s little wonder that so many people are looking to alternative treatment methods. While the field is still in its infancy, there’s a growing body of research that suggests cannabis may be an effective option. Here’s why:

Chronic anxiety is one of the most common expressions of PTSD. Cannabis may be very effective at treating this symptom, thanks largely to cannabidiol (CBD), a cannabinoid that is known to reduce stress, fight feelings of anxiety and enhance mood (in addition to a variety of other medical applications).

Many studies have shown that cannabis use can result in reduced rapid eye movement (REM) sleep, the stage of sleep in which your most vivid dreams occur. Therefore, it stands to reason that medical cannabis may be able to alleviate the nightmares associated with PTSD. One study published in CNS Neuroscience & Therapeutics found synthetic cannabinoids to be effective at treating PTSD nightmares, though more research is still needed on the subject.

Cannabis may also help in fighting insomnia caused by PTSD. A number of studies suggest the cannabinoid tetrahydrocannabinol (THC) can reduce sleep latency and improve quality of sleep, both of which are powerful traits for anyone trying to overcome insomnia.

In summary, both THC- and CBD-dominant cannabis oils may offer therapeutic value for people living with PTSD. Do keep in mind that science is coming to terms with the relationship between cannabis and PTSD, so be sure to err on the side of caution when starting a new cannabis-based treatment for PTSD (or any other ailment for that matter).

Amsterdam Weed Inc. has identified a few strains of cannabis that work well for treating pain and insomnia in patients who have sleep apnea (or other conditions that result in respiratory compromise). Feel free to refer to the company’s new online self-referral program for individuals with sleep issues.

Each patient is unique and should be assessed by one of Amsterdam Weed’s Cannabinoid Specialists to get the correct strains and amount of cannabis.

Over the years we have been working around the clock to give you the best experience one can possibly get buying weed online  Building a solid reputation among medical patients and are passionate about the safe and legal use of medical marijuana. We sell the best quality marijuana online in the EU, USA Cannada, and AUS. We understand Our customers, for whatever reason, many have trouble purchasing their medicine from dispensaries, that’s why we provide convenient access to weed and cannabis products online through our online service.

error: Content is protected !!
Open chat
Powered by
Message us